Here it is! 1983’s explosive entry in the Super Sentai series, Dynaman! This show is non stop action and explosions. And it’s awesome! I think you guys are going to have a lot of fun watching this one. If you like over the top action, ton’s of pyrotechnics, and a fun cast then Dynaman is definitely for you.

Episodes 1-9 presented here are the 25 minute episodes. Starting with episode 10 the Sentai series would be reduced by five minutes. Originally airing 6:00-6:30 PM on Saturday, the timeslot was shortened to 6:00-6:25 PM on Saturday. Naturally this reduced the total runtime for each episode to 20 minutes. Fortunately the most this amounts to so far is more explosions, and action.

Unfortunately we do have to point out that on April 12, 2016 Ohira Toru, the narrator of Dynaman, pass away at the age of 86. Besides Dynaman, Ohira narrated every Sentai show starting from episode 14 of Goranger-Dynaman. He’d later return to the franchise to narrate Zyuranger, and to voice Emperor Baccshund in Ohranger. Outside of Sentai he was most famous as the dub voice for Darth Vader, as well as the narrator for Spiderman, and the Metal Hero series Shaider, Juspion, Spielban, Jiraiya, and Jiban. Ohira is really in top form in Dyna and he’s a real joy to listen to. He will be missed.

EDIT: I was asked about what type of train Dr. Yumeno’s “Sweet Potato Train” is. I’ll admit I spent a bit of time trying to identify it for curiosity’s sake, but I couldn’t come up with a good answer. After the bump is a rather lengthy, and pointless, writeup on what I could figure out.

Below is the model Dr. Yumeno is first seen riding on in Dynaman episode 1.

My best guess based on this screenshot is either:

Or an LMS Princess Royal Class

If you look closely on the Yumeno train, you can make out a number on the side of the model. It’s either 5071, or 6071. Unfortunately neither number leads to a real Black 5 or Princess. Locomotive number 5071 belonged to a GWR Castle class locomotive named Clifford Castle (later renamed Spitfire) 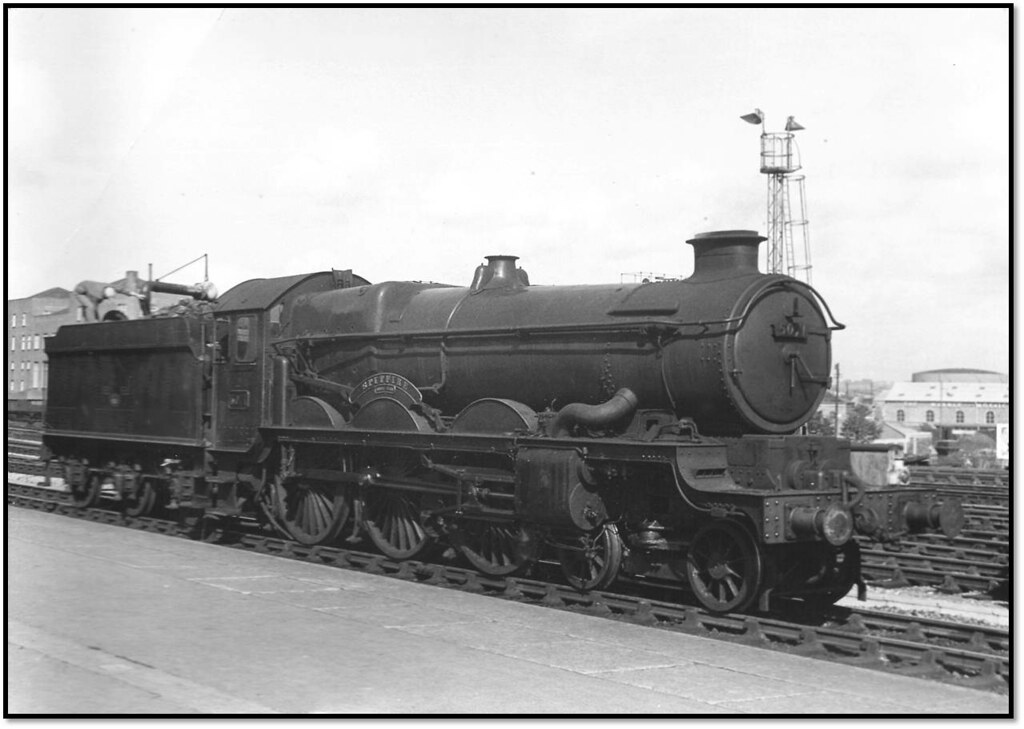 As you can see Spitfire doesn’t match the Yumeno model. Googling 6071 brings up no results, so I don’t think any steam locomotive was assigned that number. Now i let’s have a look at the tender:

Unfortunately this seems to be the best shot in the episode , and out of the episodes I’ve seen so far the Yumeno train doesn’t make anymore appearances. You really can’t make out too much from this angle, and the seat cushion on the model is obstructing some details. Damn.

The more I look at the screenshots and compare them, the more I want to lean towards the Yumeno train being a Black 5 model that someone painted Red and gave a random number to. If anyone has more knowledge/google-fu than I, than please let me know! I didn’t care too much at first, but now it’s driving me nuts.